is the first person shooter where time moves only when you move.

With its mesmerising gameplay and unique, stylized graphics SUPERHOT aims to finally add something new and disruptive to the FPS genre.

Dodge bullets. Take out your enemies. One step at a time.

ORIGINS - How it all began

It started out as a 7 Day First Person Shooter (7DFPS) game jam project made by a group of friends in August 2013. After releasing the prototype of SUPERHOT to the Internet, it quickly became very popular – the game was featured on sites like RPS, PCGamer, GiantBomb and more!.

Thanks to the support of our fans, SUPERHOT went through the Steam Greenlight process during a single weekend. This allowed us to expand the team and start remaking the prototype into a full-blown game.

On May 14th, 2014 we launched a Kickstarter campaign which was funded within the first 23 hours. In the end we received over $250,000 from our community – many thanks to all who backed SUPERHOT! 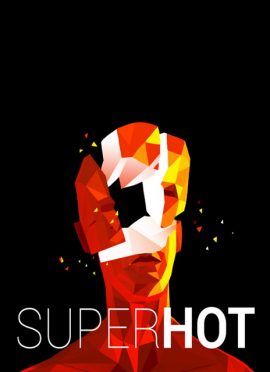