It can take a while to warm up to Anthem in the first place. In its intro mission, you are a rookie Freelancer–a hero type who battles threats to humanity in mechanized combat suits called javelins. But that brief mission ends in failure, and after a two-year time skip, you’re now an experienced Freelancer.

The story and overall worldbuilding do a great disservice to the characters, which have elements of what you might think of as BioWare’s pedigree. The main cast is well-acted and genuine, with complicated emotions and motivations that might have been interesting had they been given time to grow.

Throughout all of this, combat is the main thing keeping Anthem afloat. There are four types of javelins–Ranger, Storm, Interceptor, and Colossus–that are essentially a soldier, mage, assassin, and tank, respectively.

Each plays differently, with a different pool of abilities, and you aren’t locked into the one you start with; you unlock them as you level up. That, combined with a handful of new weapons and abilities after each mission, means that you’re almost always experimenting with new loadouts and playstyles.

Generally, all of the javelins can easily jet out of sticky situations in a pinch or briefly hover in the air to gain the upper hand, and combining movement with your abilities is consistently a good time.

But when fighting titans and certain other bosses, there’s a catch; a lot of them use fire attacks that overheat your suit and ground you instantly, robbing the fight of much of what makes combat interesting.

You can still use your abilities, but they don’t do much in these fights, and they fall flat compared to the often bombastic impact they have on regular enemies. This extends to the final fight, which is especially underwhelming.

Anthem has good ideas, but it struggles significantly with the execution. It’s a co-op game that works best with no one talking; it buries genuinely interesting character moments and puts its most incomprehensible story bits at the forefront; its combat is exciting until you get to the boss fights and find your wings have been clipped.

The review is selected from Gamespot

Any more questions about Cheap Anthem Keys ?contact us by sending a ticket or a message on Live chat platform. 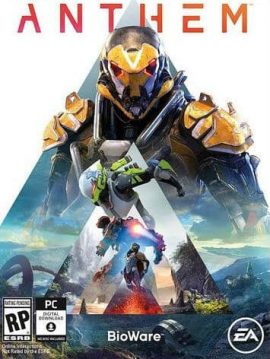