Only 2 left in stock

Call of Duty®: Ghosts Gold Edition, includes the full game download for Call of Duty: Ghosts as well as Onslaught, the first DLC pack for Ghosts. Onslaught features four new multiplayer maps, The Maverick, an all new dual-purpose Assault Rifle/Sniper Rifle and Extinction Episode 1: Nightfall, the first of a four part episodic series. As an added bonus, you also get The Wolf, a character skin that transforms your multiplayer Guard Dog killstreak into a Wolf. All for one great low price.

Outnumbered and outgunned, but not outmatched.

Call of Duty®: Ghosts is an extraordinary step forward for one of the largest entertainment franchises of all-time. This new chapter in the Call of Duty® franchise features a new dynamic where players are on the side of a crippled nation fighting not for freedom, or liberty, but simply to survive.

Any more questions about Call of Duty Ghosts Gold Edition Steam Cd Keys ? contact us by sending a ticket or a message on Live chat platform 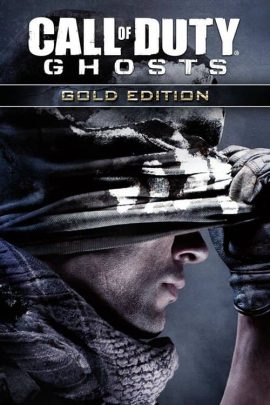