This is a fighting game in which players engage in one-on-one battles against characters from the Mortal Kombat universe.
Players punch, kick, throw, and use special attacks (e.g., guns; blasts of fire, ice, or lightning; bladed weapons) to drain opponents’ life meters.
Battles are highlighted by screams of pain, realistic gunfire, and exaggerated impact sounds; large blood-splatter effects occur frequently. Some attacks are depicted with slow-motion x-ray views of characters’ bones shattering.

Each character can perform various finishing moves (Fatalities, Brutalities) after an opponent is defeated; these over-the-top moves can result in characters being dismembered, decapitated, and mutilated. Instances of intense violence include a character’s face and skull torn off; a character ripped in half leaving entrails exposed; a character cut into pieces by a hat blade; a character’s spine and head ripped from its body. The words “f**k,” “sh*t,” and “a*shole” appear in the dialogue. 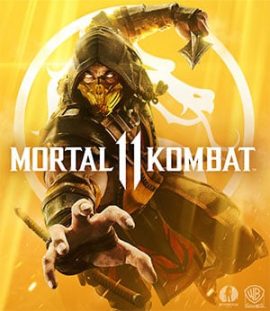