Need for Speed Payback Cd Key has a single player campaign that follows the exploits of former street racer Tyler Morgan. After being double-crossed and forced into exile, it’s time for Payback. Tyler must rebuild his crew, win an impossible race and bring down The House, the cartel that has a grip over the city’s casinos, criminals and cops.

The return of intense cop chases means the stakes have never been higher. With helicopters and Rhinos in their arsenal, you’re going to have to push yourself, and your car, to the limit if you’re going to outrun and get away from the local PD. One thing is for sure, they certainly won’t go easy on you.

The cops are more aggressive than before

New and improved cop AI ensures they’ll be working together as a unit, utilizing maneuvers as a group and adapting their behavior based on your speed. Take down cops to gain an edge, when they push you, push back harder.
Spike Strips

When the cops start placing Spike Strips you’ll know they will do anything to immobilize your car and make sure you are pinned as a result.

Endlessly fine-tune your performance through each of the five distinct car classes (Race, Drift, Off-Road, Drag, and Runner) to turn the tables on the competition in any race, mission or challenge. Find abandoned vehicles scattered throughout the world to create your perfect car from the ground up. Collect, win or buy the hottest after-market parts and build out your perfect garage.

Live Out an Action-Driving Fantasy

Play through an explosive adventure as three distinct characters united by one common goal: revenge.

SCRAP TO STOCK TO SUPERCAR 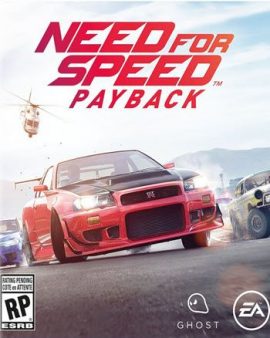