Embark on the craziest journey of your life in It Takes Two, a genre-bending platform adventure created purely for co-op. Play as the clashing couple Cody and May, two humans turned into dolls by a magic spell.

Trapped in a fantastical world, they’re reluctantly challenged with saving their fractured relationship by the suave love guru Dr. Hakim. A huge variety of gleefully disruptive gameplay challenges stand between them and their return to normal.

With It Takes Two, you never know what you’re up against next. Filled with genre-bending challenges and new character abilities to master in every level, you’ll experience a metaphorical merging of gameplay and narrative that pushes the boundaries of interactive storytelling.

A Universal Tale of Relationships

Discover a light-hearted and touching story of the challenges in getting along. Help Cody and May learn how to overcome their differences. Meet a diverse cast of strange and endearing characters. Join forces, and go on an adventure you’ll treasure – together!

Here are the minimum PC specs and requirements you’l need to run It Takes Two:

Only one thing’s for certain in It Takes Two: we’re better together. With Friend’s Pass*, invite someone who you’d like to share this genre-bending, mind-blowing, co-op only platform adventure with – for free*! 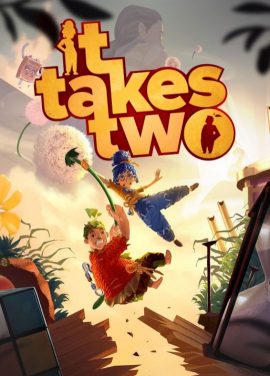